What Makes Us Different?

The Greek Project began as a conversation between friends. Partly that was about the economic crisis, and how we might do something small to promote ordinary Greek people in their hour of need to an audience that already knew that there was something more to Greece than its negative press.

But that proposition raised a more general question about the nature of modern travel. How does one get to know any country in a more than a skin-deep way? Why is it, for instance, that when one goes on a guided visit of some really stunning place, what one invariably gets to hear is banal, the resulting impression being that ‘tourism’ nearly always plays safe, shying away from the difficult, problematic – but often most seriously interesting things about a country’s past? And why is it always so difficult to genuinely encounter its living people other than in a superficial manner?

Perhaps, we thought, there was something we could do by which we could turn these shibboleths on their head. The idea of a study-tour is hardly unique. There are some good ones, on land and sea. And these often include classical Greece. Our idea certainly has some of the standard ingredients: guided walks, visits to major archaeological sites, churches and the like, on-site lectures, plus special additions of our own by way of some of our favourite restaurants, wineries and even a sailing trip with friends. But to do justice to Greece – and to our groups – we decided to up the ante by offering a genuinely intellectual framework to each study tour.

A little like the best bits of an inspiring university course in a really fantastic location but minus all the hard work or assignments. And with the opportunity not only to relax in-between but to meet Greeks and even participate in their projects in a meaningful as well as enjoyable way.

The Greek Project is about other things too. For instance, we’re passionate about the Greek language and part of our aim is to build that in a fun way into the majority of our tours whether you’re an absolute beginner, somebody who knows their Iliad in the original, or perhaps loves modern Greek poetry and song. In fact, that’s what we most want to do: to develop study-tours around the things which most resonate with you, whether it’s literature, history, politics, classical art, Orthodox ikons, rembetika, dance, Greek film, cuisine – the list is almost endless.

For all this we have a primary point of departure. Three of us have strong connections with Thessaloniki, a city in a region which has history oozing out of its pores but often in ways which defy conventional narratives. Once less Greek as much as Ottoman, Jewish, Muslim – as further flavoured by many other peoples and cultures – it’s Salonika’s multifaceted, multicultural nature, and that of its Macedonian and Thracian hinterland, which makes this great ancient cosmopolis yet discrete seaside destination our obvious starting point. But there’s also a great deal more to The Greek Project and with time we’ll be ranging beyond our home base to other parts of the mainland and islands as well as across today’s international borders in search of the Greek world, its synergies and struggles with neighbours and cultures. 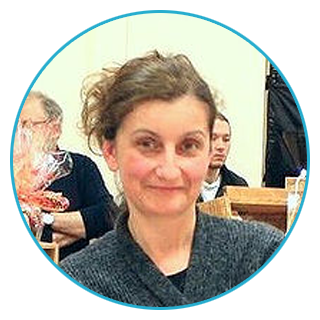 Elissavet has been teaching Greek to adults for more than twenty years. Although she now lives and works in Oxford, she has spent the best part of her life in Thessaloniki. She loves the city and is always trying to find ‘legitimate’ reasons to return home. A good cup of Greek coffee shared with old friends on the seafront is definitely one of them. 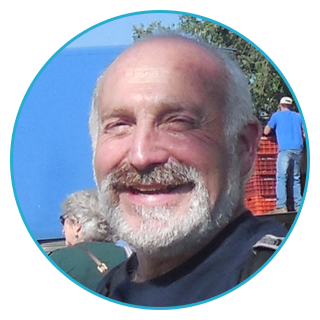 Mark didn’t start life as a Hellenophile but became one through engaging with Salonika’s past and present, its peoples then, its peoples now. A peace and environmental activist, Mark is also a historian at the University of Southampton, and writes especially on genocide, climate change and Jewish history.
How we’re organised
We’re essentially a group of friends who act as organisers and guides for parties of usually not less than ten and never more than 16 people on each of our study-tours. And we involve further friends – to lead specialist lectures and site visits – who are always not just real experts in their field but know how to communicate their enthusiasm with verve and panache. As teachers and communicators, creating a convivial, relaxed atmosphere for each tour and making you feel part of it, is our top priority.
Currently we run ourselves as an informal Anglo-Greek not-for-profit cooperative whose primary mission is to promote a deeper appreciation of Greek language, history and culture.  So while we seek to look after you better than any travel agency, that’s not what we are. Of course, we organise every aspect of our study-tours down to the last detail: from really lovely hotels to the best local tavernas. And though we’re always on hand to advise we don’t organise your travel to and from the destination. Additionally, while we have public liability insurance for ourselves, we always ask all our customers to take out comprehensive travel insurance for the duration of the study-tour and to sign a disclaimer. This is to protect yourselves  as much as  the Greek Project for any unforeseen eventuality.  Click here for further details… And if you have further questions please don’t hesitate to contact us.

We should say something about other things which matter to us too. Environmental issues and more especially climate change loom large. But so is the situation of ordinary Greeks at a time when austerity and the stress of not knowing what is happening is really hitting them hard.

On the first count, coming to Greece inevitably adds significantly to all our carbon and broader ecological footprints. A way of reducing this a little is to go overland and or by sea. We encourage participants to do this if they can, for which effort we will offer you  £50.00 reduction per person on your study-tour. Get in touch with us if you go for this option. For most people, of course, the time  – and ironically cost  – involved means this isn’t practicable. However, we also try and keep our and your carbon footprint to a minimum on these trips, not least by factoring in walking and or using public transport where appropriate – which is also incidentally, good for language learning!

Beyond that, but closely linked, we consciously try to bring income to small, homespun businesses and, even better, cooperatives.  Our strong preference is for lovely family-run hotels, not ones owned by big foreign conglomerates. For restaurants we prioritise locally sourced and where possible organic food, again if possibly from small-scale farms or cooperatives.  Our aim is to develop a policy which is geared towards sustainable  tourism, supports local communities and ensures our ecological footprint is kept to a minimum. If you have ideas on how we can get closer to those goals please do get in touch!